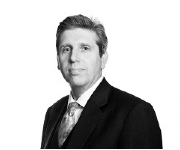 After an 11-day trial, the defendant was acquitted of the murder of a 69 year-old. The prosecution alleged that the defendant got out of his vehicle and attacked the deceased, knocking him to the ground and then punching and kicking him causing fractured ribs and a punctured lung, leading to his death 2 days later. 6 eye-witnesses claimed to see the kicking and punching on the ground. The deceased had numerous injuries in addition to the broken ribs, and the prosecution relied on the absence of injuries to the defendant.

The defence was self-defence, and that the eye-witnesses misinterpreted what they believed they saw happening. Challenges to the expert medical witnesses including the Crown’s pathologist led to an alternative explanation for the injuries during the incident, which the Crown was unable to disprove